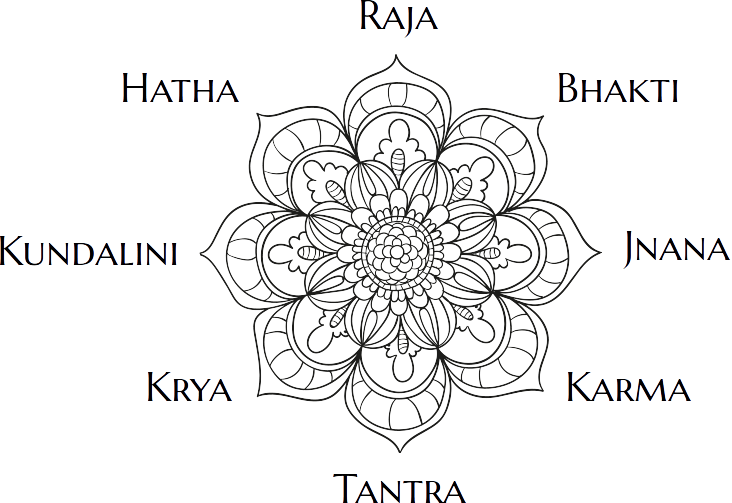 What does it mean to be Yogi ?

I would like, before beginning this article, to cite the definition of Yogi:

Anyone who practices a scientific technique of God-contact is a yogi; he may be either married or unmarried, either a worldly man or one of formal religious ties. (…) A true yogi may remain dutifully in the world; there he is like butter on water, and not like the easily-diluted milk of unchurned and undisciplined humanity. To fulfill one’s earthly responsibilities is indeed the higher path, provided the yogi, maintaining a mental uninvolvement with egotistical desires, plays his part as a willing instrument of God.

There are a number of great souls, living in American or European or other non-Hindu bodies today who, though they may never have heard the words yogi and swami, are yet true exemplars of those terms. Through their disinterested service to mankind, or through their mastery over passions and thoughts, or through their single hearted love of God, or through their great powers of concentration, they are, in a sense, yogis; they have set themselves the goal of yoga—self-control.

When people ask me, “What kind of Yoga do you practice?” I always need to think about how to give an answer that makes sense to them. Usually, most people are waiting for a response like Vinyasa / Jivamukti / Hatha / Ashtanga, for instance.

Yoga goes far beyond spiritual stretching. Moreover, while it is true that many benefits can be gained by practicing this modern style of urban Yoga, the study and practice of Yoga guides us back to the source of Being, it helps us understanding our role and accepting our place in the universe, so that we can feel connected with everything and with everyone else.

How many yogic paths are out there?

Yoga is a practical application of the Samkhya and Vedanta philosophical systems (pre-classical period, about 8000 years ago). The development of Yoga as a functional system was introduced millennia later by Patanjali, who assimilated, codified and compiled the teachings of Yoga in what is now known as the “Yoga Sutras,” which outlines the guidelines for self-realization. The Yoga Sutras of Patanjali set the cornerstone of what is known as the classical period, some 2,500 years ago, along with Buddha, Mahavira swami of Jainism and the Bhagavad Gita.

The Yogic tradition has many approaches, but in this article, I will summarize the eight primary forms: Hatha, Jnana (Gnosis), Bhakti, Karma, Tantra, Krya, Kundalini and finally Raja. All these forms are interdependent, we can not separate them, for each path is only an angle by which we look at the image. There are other esoteric practices, such as Nada and the Siddhis, which I have decided not to address in this text.

To simplify things, I’ll start with the path that most people today understand as being Yoga, the modern postural style. Krishnamacharya, considered the father of modern Yoga, believed that physical exercise and spiritual practice could be combined. In the early twentieth century, he revitalized Yoga and brought it to the general public.

Nowadays, the rescue of Hatha Yoga can be considered as Modern Yoga. This style focuses on the Asanas (postures) and aims to perfect the body, creating a healthy physical condition to support the spiritual awakening. Modern Yoga focuses more on the body, connecting the breath and the mind through the practice of Asanas, Pranayamas, Kriyas, and Bands. It helps us to generate, collect and direct our vital energy properly to balance the body’s channels and thus prepare us for meditation. Hatha Yoga Allows us to find the spiritual element from the entire universe of the body while experiencing different techniques. 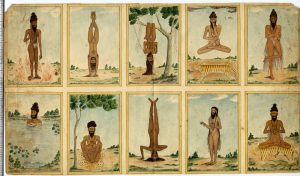 There is a misconception in the West about a practice of Yoga, commercially called Hatha Yoga, which is a gentle form of postural exercise, while real Hatha Yoga is a dynamic practice. All styles, such as Vinyasa, Ashtanga, for instance, are all variations of this discipline.

We live in the age of Hatha Yoga. Its practice can be seen as a simplified version, a compilation of several paths, or rather, as preparation for attaining Raja Yoga.

Now, I will present the other styles, still practiced at the highest levels of Yoga.

Jnana means wisdom in Sanskrit, and it focuses on learning and cultivating our intellectual capacity to question and deeply understand the nature of ourselves and the universe. It is a more philosophical approach and is based on the Vedanta system. Jnana is considered to be one of the most challenging ways of the Yogi since it consists of the study and understanding of ancient scriptures, those written in Sanskrit.

The introductory texts for the study of Yoga are Upanishads, Baghavad Gita, and the already mentioned Yoga Sutras. However, Jnana expands far beyond these texts, for it is the pursuit of knowledge.

Tantra is probably one of the most challenging forms of Yoga to be understood. Usually associated with the sexual practice, Tantra means “expansion of consciousness” (Tan – energy Tra – Expansion). Its method aims to use our vital energy to connect us back to the divinity (associated with the feminine aspect of nature) and thus manifest reality. Its origins are a mystery, and there are many different lines within Tantra, making this one of the more complicated paths to explain.

Tantra is a set of exciting practices, especially for those who have an open mind.

Through Bhakti Yoga, one cultivates love and devotion. This aspect of Yoga is dedicated and selfless. The goal of Bhakti is to be led into a mystical union with the universe. It is about embracing the experience of now. In the Indian tradition, Bhakti is practiced through songs, listening to the Lilas of divine beings (Kirtans) and the repetition of mantras, which are essential to reprogram patterns in mind. Bhakti Yoga is a type of practice that can not be taught in words and can only be experienced by one’s feelings.

Also called Yoga of action, Karma Yoga shows how each person and universe are interconnected. It is not about our self-importance, self-reward or about the activities we are doing, but about our attitude while we are doing our actions. The principle of Karma Yoga is to dedicate ourselves in an altruistic way. It is directly linked to the practice of Bhakti, cultivating love, and surrender. Karma Yoga helps us to have a kinder attitude in our actions and with the people involved in them.

If I became a millionaire tomorrow, I would still be writing articles and teaching. The practice of Karma Yoga should be in every second of our lives, as an action rooted in our behavior.

Kriya Yoga: For the advanced practitioner

Krya Yoga means ‘Yoga of Movement,’ and it refers to the dynamic activity of our consciousness. It is a psychophysical method that uses mind, breath and vital energy.

Usually, the world outside is draining our energy. We distract ourselves and spend our vital energy easily. By not being grounded in ourselves, we have become very sensitive, over-stimulated, stressed and distracted, especially within modern society and all the available technologies that are being commonly misused, like social media. Through the practice of Kriya Yoga, we can withdraw the senses of the outer world and focus within.

Kriya is the portal to meditation; the basic idea is to redirect attention to a specific part of our body and move that energy to help us enter into some meditative state. The best-known practitioner of Kriya Yoga in the West was Paramahansa Yogananda.

t is the system of Yoga that awakens the psychic centers in the body, or Chakras. Kundalini is the energy located at the base of our spine that can be distributed through the body through the Nadis to awaken each of the seven main Chakras and thus reach higher levels of consciousness. When consciousness awakens, it is also called “the awakening of the Kundalini.”

Raja Yoga: Where the dots connect

Raja is the Yoga of the mind, it embodies all the paths of Yoga and connects us directly to the source of spiritual power. The word Raja means “King.”

Raja Yoga aims to control our mental states by changing their patterns so that we can become masters of our mind rather than their victims. Through this superior practice, we integrate our hidden aspects of the shadows of the personality into our alert mind. Raja enables its practitioner to bring the intention of the conscious into the subconscious, resulting in a change of behavior. 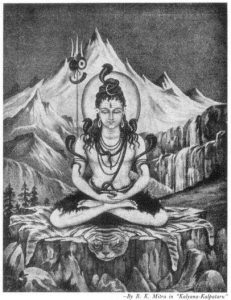 The most advanced technique of mind control is meditation. Remaining silent, you listen to existence, then you realize that you are not in the thoughts, and you become more receptive, humble and less ambitious. Intuitive knowledge, visions, and insights become increasingly common.

Raja is the highest path. However, in Raja, the journey begins. Moreover, the journey never ends. All forms of Yoga cannot be mastered throughout life. You will probably identify with one or a few paths, and whatever ones you take will guide you to the same destination.

Where do you find me?