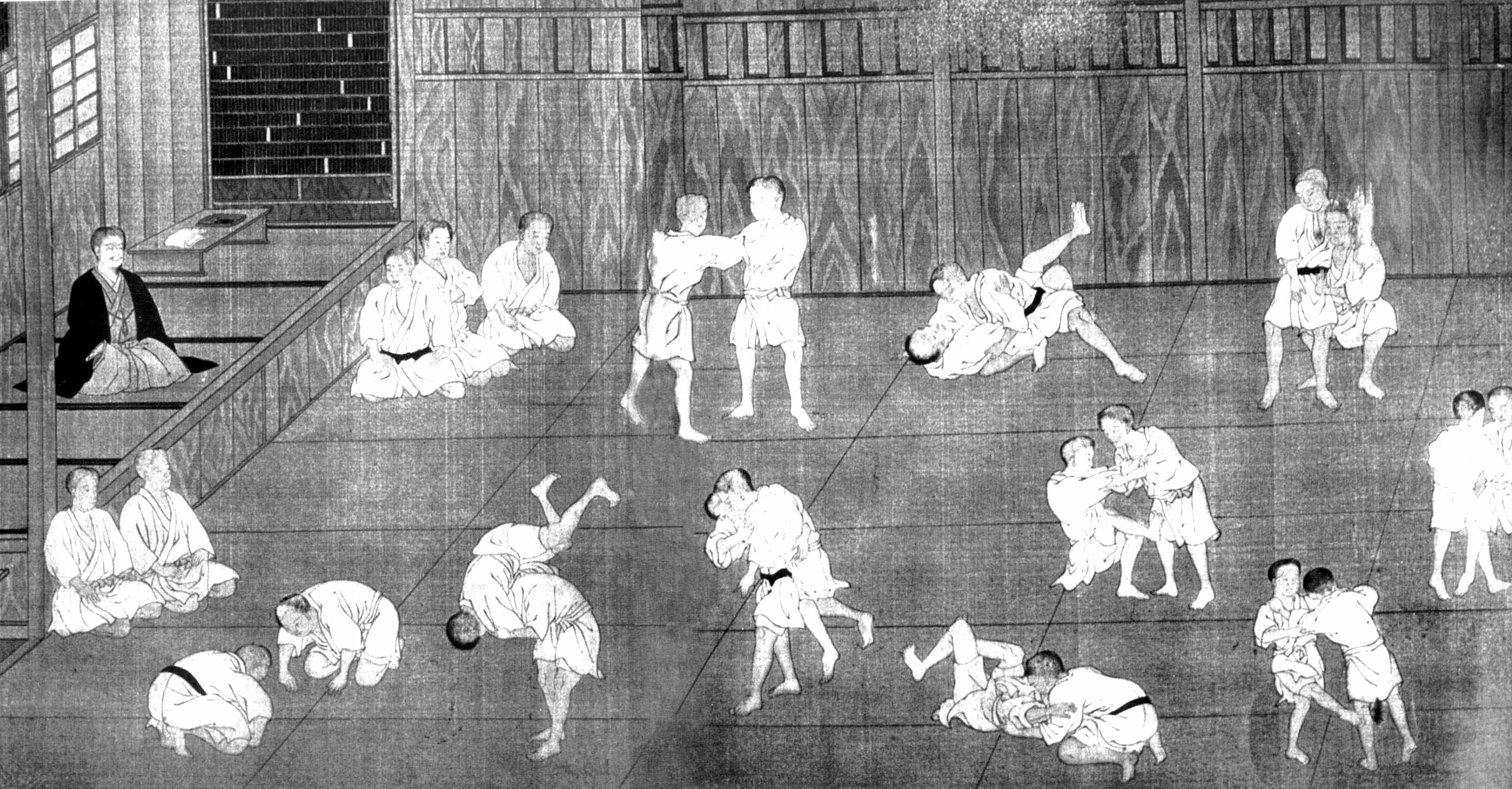 The modern form of Jiu-Jitsu, known as Brazilian Jiu-Jitsu is one of the most influential martial arts nowadays and has been influencing and changing lives around the world. Its precise origins cannot be defined, as there are several different versions of where jiu-jitsu came from which are open to much speculation.

Jiu-Jitsu (Jiu meaning “Gentle”, “Adaptable”, “Subtle”; Jitsu meaning “Science”, “Technique” or “Art”) is a martial art of the so-called “soft” martial arts group, (as well as judo, aikido and other grappling systems) that are based on the principle of yielding with the opponent, deflecting his moves, and using his power against himself. These are the basic concepts of this group of martial arts that directly oppose the so-called “hard” martial arts, like Muay Thai, in which the use of many traumatic techniques using different body limbs are more emphasized than clinching for take downs and positional control. 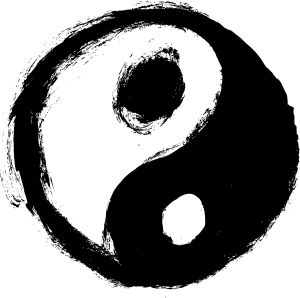 Grappling is a very common fighting and defense instinct among animals and human beings. Many styles of grappling have been observed throughout the world’s history in different civilizations. A great development in the soft martial arts can be attributed to the western Indian and Greek civilizations. As Buddhist monks were being assaulted and killed in their travels from India through Asia, they further developed basic grappling techniques that allowed them, being weaker, to control bigger aggressors. As Buddhism reached Japan, all this knowledge of joint manipulation and body control was incorporated in the Samurai fighting arts. These warriors developed the classic Jiu-Jitsu to allow them to fight effectively if they found themselves unarmed and on foot. Because of the restricted mobility and agility associated with fighting in Armour, Jiu-Jitsu evolved to include throwing, joint-locks and strangles, as striking on a heavy helmet would not be at all effective.

As Japan left behind the profound political and socioeconomic reforms of the so-called Meiji era (1868 to 1912), the samurai, now unemployed, found other ways of earning their livelihoods. Many of them became teachers and by then, different styles of “ryu” Jiu-Jitsu (commonly written as Ju-Jitsu or Ju-Jutsu) were developed and taught across the country. Some of them emphasizing throws and lethal techniques whilst others focused on ground combat strategies. A great reformer, called Jigoro Kano, studied many different forms with various masters throughout Japan and had later developed his own personal style. Kano assimilated effective techniques and disregarded the most harmful ones. He had the vision of creating a style of Jiu-Jitsu less associated with violence of the past and more focused in the individual development. His effective system, associated with the philosophical approach was welcomed in the times of reform. This brand new style was called Kodokan “Judo” (do means “way”) and it was back then taught only in Japan, as a sport and way of life. 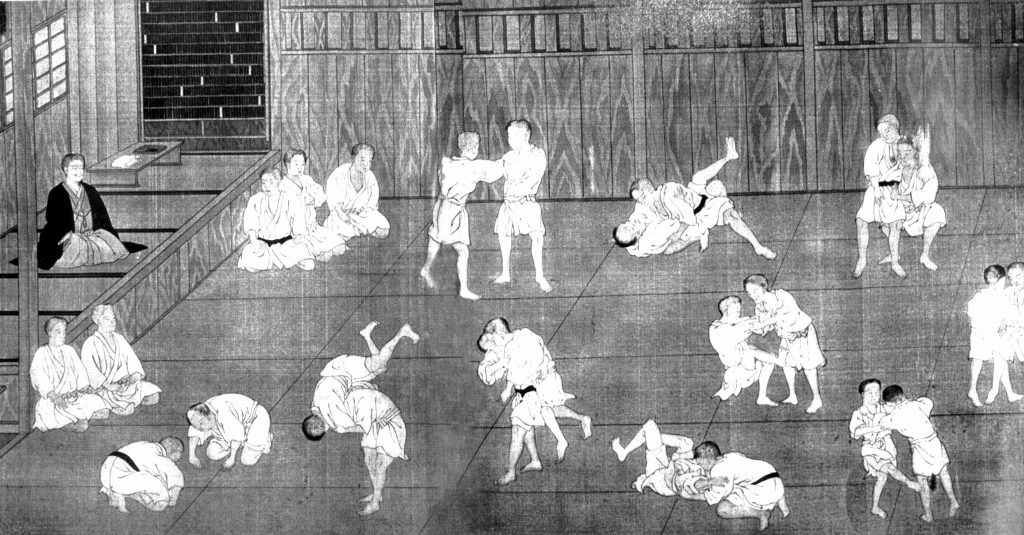 As the interest of the west started to grow, many of Kano’s students were sent around the world to teach Judo. One of his best students, Mitsuo Maeda (also known as Count Koma – ‘Count of Combat’), was a martial arts prodigy who eventually became one of the greatest fighters in the history of Judo. Maeda originally practiced classical styles of Jiu-Jitsu, eventually entering the Kodokan (Kano’s Dojo) to study Judo. After remaining undefeated in Judo tournament competition, Kano sent Maeda to the U.S.A. in 1904 to spread the message of Kodokan Judo. Over the course of his career, Maeda fought in literally hundreds of matches around the world, grappling with and without the gi, and fighting in “mixed” matches. He was more interested in the effectiveness in a real combat situation and used the name “Ju-Jitsu” instead of “Judo” for his aggressive fighting style. Maeda retired without ever losing a match, he then settled in the north of Brazil, in the city of Belém, where he was assisted by a local politician named George Gracie, whose father had also been an immigrant, originally from Scotland. As a token of his gratitude, Maeda taught his Jiu-Jitsu style to George’s son Carlos Gracie. Carlos later shared his knowledge with some of his brothers, with whom he opened Brazil’s first Jiu-Jitsu academy in 1925.

Influenced by Maeda’s teachings of effectiveness of a real fight situation, the Gracies’ (notably Carlos and Helio) and their students refined their art through brutal no-rules fights, both in public challenge matches and on the street. They focused their attention on submission ground fighting. The style was called “Gracie Jiu-Jitsu” by their founders and it became a widespread self-defense system.

In the 1970’s Rolls Gracie began to further refine the art, incorporating, among other things, moves from wrestling and other grappling systems he had studied during his travels. Alongside this he devised the first point and rule systems for Jiu-Jitsu specific competition.
Parallel to the Gracies, students of other Japanese masters like Oswaldo Fadda and Fracisco Sá have contributed greatly to what we now call “Brazilian Jiu-Jitsu”.

In the early 1990’s another Gracie, Rorion, moved from Brazil to Los Angeles, hoping to showcase his family’s fighting system to America.

Although no-rules, mixed martial arts contests (known as “vale tudo”) had been popular in Brazil since Carlos Gracie first opened his academy in 1925, they were largely unknown throughout the rest of the world. Rorion and Art Davies conceived an event called ‘The Ultimate Fighting Championship’ (UFC), which would pit various martial arts styles against each other (Karate, Judo, Boxing, etc). UFC enabled challengers from various martial disciplines to battle each other in an effort to prove the credibility of their sport and illustrate their martial art as the best.

The first UFC took place in 1993 and was completely dominated by Rorion’s younger brother Royce. Royce was not a big man and was outweighed by the other competitors. In spite of this, he exploited the other contestants’ naivety of ground fighting and emerged victorious, defeating four opponents in a single night. His wins led to a huge interest in Jiu-Jitsu, particularly in the USA and Japan, consolidating the sport’s status as a truly global martial art.

Today, Brazilian jiu-jitsu is riding the wave of the ‘Mixed Martial Arts’ (MMA) explosion and is the fastest growing martial art in the world. There are now thousands of “BJJ” academies spread across the globe.
Competitive Jiu-Jitsu has also grown massively in popularity. There is an established governing body, the International Brazilian Jiu-Jitsu Federation (IBJJF), which provides the most adopted rule-set for orienting and teaching a BJJ curriculum.
Staying true to its roots, Jiu-Jitsu continues to be effectively utilized in all MMA competitions – all fighters, regardless of their style, require at least a working knowledge of Jiu-Jitsu to stand any chance of success.
The art is constantly evolving and being refined by its practitioners. New moves and techniques are being invented every day, everyone can develop their own unique style, based on their body dimensions and other aspects. There are many contributors, some very influential people in today’s BJJ community are: Mendes, Ribeiro, Miyao and Estima Brothers, Marcelo Garcia, Caio Terra, Michael Langhi, and many others.

Where do you find me?